Looking for the next cryptocurrency to buy on the dip? We have the perfect roundup for you featuring popular names like XRP, BTC, and the crowd’s favorite Polygon. Let’s jump right in.

Ripple Labs’ XRP leads the line for our next cryptocurrency to buy, given its unique use case in institutions.

Even though it is presently embroiled in a legal battle with the Securities and Exchange Commission (SEC) over sales of its XRP token in 2013, Ripple is still one to watch out for.

Although it is gradually pivoting towards transactions settlement with digital assets, Ripple focuses primarily on fiat currencies. It has set out to best the cross-border payment network SWIFT.

The blockchain protocol boasts of finance houses as partners like Bank of America (BoA), MoneyMatch, SBI Holdings in Japan, American Express and Santander, Standard Chartered Bank (SCB), amongst several others.

Using its XRP token, Ripple allows users to pay for transactions on the XRP Ledger blockchain.

Transaction fees run as low as 0.00001 XRP, making it one of the best means to transfer bulk value across borders. Its Federal Consensus algorithm makes it environmentally friendly as validator nodes do not need to compete to verify transactions on the Ripple blockchain compared to proof-of-work (PoW) protocols.

XRP has seen much volatility since Dec. 2020. Following the public announcement of the SEC lawsuit against the company, XRP value dipped 14%. However, the last couple of months has seen the cryptocurrency pick itself up, and it hit a record $1.75 on April 15 before declining.

The crypto market crash has seen XRP and other altcoins suffer alongside BTC, but it has continued to trade above the 40 cents mark.

With the blockchain company making a case for itself in the court, a win or settlement will see XRP regain its former highs.

Second on our list of the next cryptocurrency to buy is Dash.

The blockchain platform aims to create a fast, cheap global payments network that ensures the transfer of value in a trustless manner. According to the project team, Dash is meant to improve the Bitcoin network by providing stronger user privacy and faster transactions throughput.

Meanwhile, Dash is the short form for ‘digital cash.’ It is a fork of the popular ‘silver to Bitcoin’ cryptocurrency Litecoin. Since its launch, Dash has added several unique features, including a two-tier network with incentivized nodes and decentralized project governance.

It also created InstantSend, which allows for immediate payment settlement,

ChainLocks makes the protocol immutable to outside influence, and PrivateSend offers additional privacy for transactions.

Its DASH token serves as the network’s fuel and is also the governance token. Much like several crypto protocols, DASH has been riding the high waves of volatility. After having a record year in 2017 and trading for $1,493.59, DASH has seen its value shaved by more than 70% in the last three years.

However, it rose to $426.69 before market pressures set in. However, a crypto market recovery could see it test the $1,000 resistance level in the next few months.

The third next cryptocurrency to buy for massive gains this week is none other than crypto bellwether Bitcoin.

Known for its highly decentralized network protocol, Bitcoin enables the transfer of value without needing a central authority.

Created by the mysterious Satoshi Nakamoto in 2008, Bitcoin has ushered in the blockchain and decentralized era.

Bitcoin is the largest crypto asset by market cap and the most popular. Controlling over 45% of the crypto market, Bitcoin’s price volatility affects the wider crypto space.

Meanwhile, it brought the crypto industry into prominence. Bitcoin took the market to a record $2 trillion valuation in May when it broke through the $65,000 price. Even though it has lost half of its value, BTC is still one of the most coveted digital assets.

Institutional investors like software firm MicroStrategy see Bitcoin as ‘digital gold’ due to its hard-cap limit of 21 million coins to be ever mined. With many investment companies rolling out investment vehicles with BTC as an underlying asset, this has driven demand.

Nations are also adopting BTC as a legal tender. The first is the Latin American nation El Salvador which will add Bitcoin as its second legal tender this year.

Paraguay is also looking in this direction. This growing interest in this digital asset makes it one of the next cryptocurrency to buy for growth. Given its current price, which is currently rising but still low, investors can snap up BTC for a bargain.

Another next cryptocurrency to buy is the layer two scaling solution Polygon Network. This is one of the hottest project in the crypto space. Riding on top of the Ethereum blockchain, Polygon enables validating transactions on the mainnet in a cost-effective and frictionless manner.

This ease of use has seen many crypto protocols integrate with the Polygon network, with the latest being decentralized exchange (DEX) ApeSwap. The protocol’s value has benefited from this wild crypto run, with the $MATIC trading at a record $2.45 on May 19.

Polygon’s continued relevance in the Ethereum network and growing integration with other crypto protocols positions it as the next cryptocurrency to buy for huge gains. 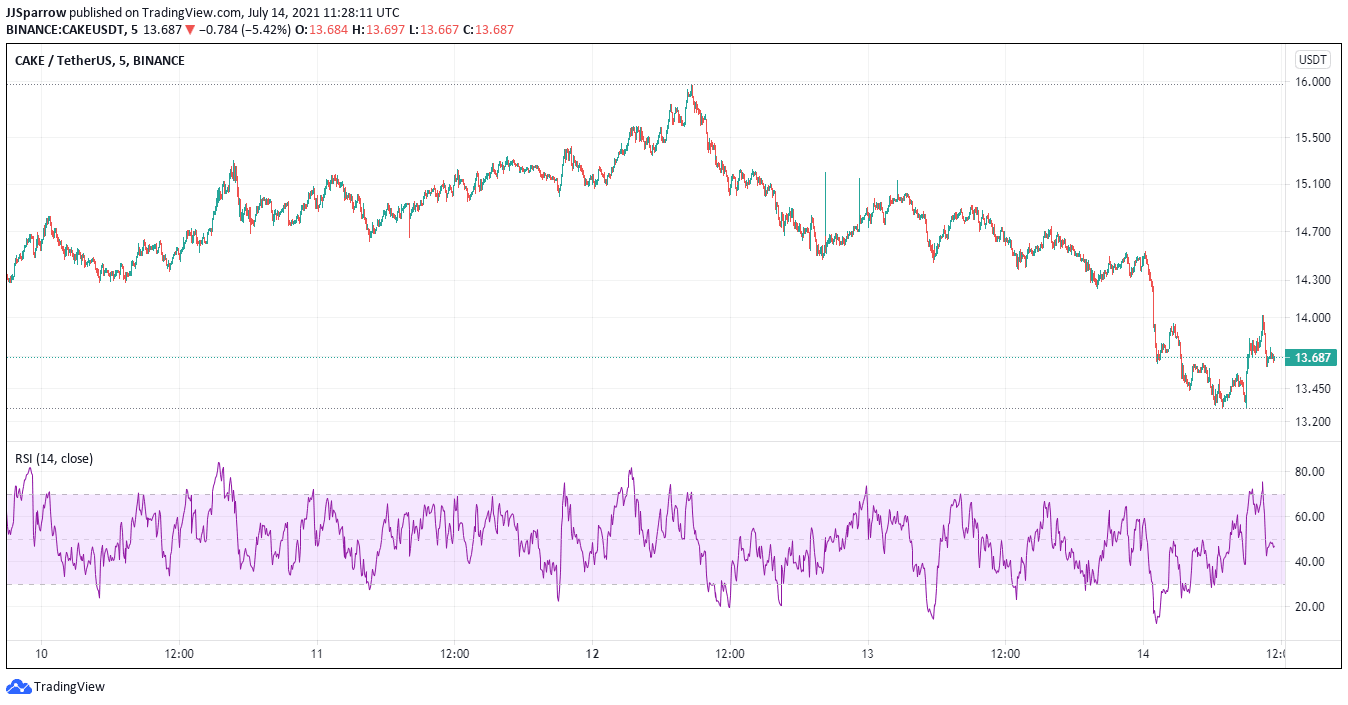 Our final next cryptocurrency to buy in the third week of July is automated market maker (AMM) protocol PancakeSwap. PancakeSwap enables users to exchange tokens, provide liquidity through yield farming and earn fees in return.

Launched in 2020, PancakeSwap is a DEX that allows the atomic swaps of BEP-20 tokens on the Binance Smart Chain.

It also runs a lottery program where users can try their hands at predicting winning numbers. PancakeSwap users can provide liquidity on the platform. Users can serve as liquidity providers without going through any rigorous KYC processes.

It is also a popular platform for high-yield tokens with some boasting of $6,000 APYs.

CAKE is the native token of the DEX platform, and it is used to incentivize liquidity providers in the platform.

Even though the BEP-20 token traded below a dollar at the beginning of the year, it has grown exponentially, increasing by more than 5,000% in the last six months. It rose to a record $42.59 on April 30 before market pressure.

Given its unique role in the DEX platform and the popularity of the BSC, CAKE value is expected to rise. This is because, just like BNB, CAKE serves a crucial role in the platform, and with more user engagements, CAKE may be the next cryptocurrency to buy this month.

Signs of fear emerge as Ethereum price drops below $3,000 again